UPDATE: I’ve added some info on video start/stop controls that I missed in the original post, basically you can start stop video on the a6300 with the C2 button.

The Aquatech ATB A6000 and ATB A6300 are the latest water housings for the Sony a6000 and a6300 cameras. There could be a few reasons to go for these options that you wont find in other water housings.

They’ve finally made their Sony a6000 and Sony a6300 water housings available for purchase.

Here’s what you need to know: 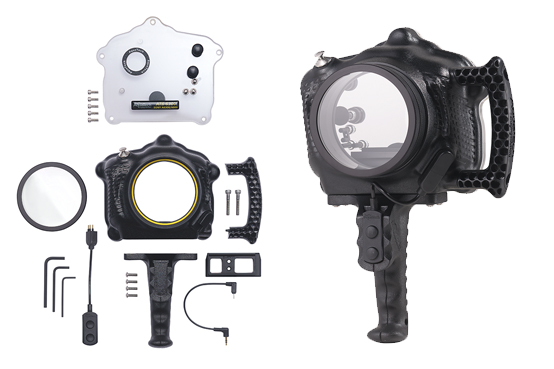 The two housings are identical apart from the tray used to secure the camera body into the housing. This is great news for people like me who will be wanting to upgrade at some point to the new Sony a6300.

So these specs are the same for each housing:

If you’ve got an older Aquatech housing like my CR-60 you will be familiar with the LP port system. There are loads of ports for lots of different lenses available, but they’re mostly discontinued.

You can still buy a small selection of ports and extenders direct from Aquatech, but you might struggle to find the more exotic ports like my two telephoto zoom ports.

One reason they went for this older system is because it’s a bit smaller than the newer P ports and the other is to make sure that they could support a wide range of third party lenses.

There’s a lot of a6000 and a6300 users who are using Canon and Nikon lenses on their Sony cameras via an adapter, and Aquatech specifically mention this as the reason they’re using the LP port system.

I had a dodgy experience with my Canon 70-200mm f4 lens when I first bought my a6000 but I’ve been looking into adapters and different lens choices since then and I hope to pick up a long lens for land photography at some point in the future.

There are certainly other lenses which will fit inside there too I imagine, but that gives you an idea of the range of lenses you have available with just the basic kit. 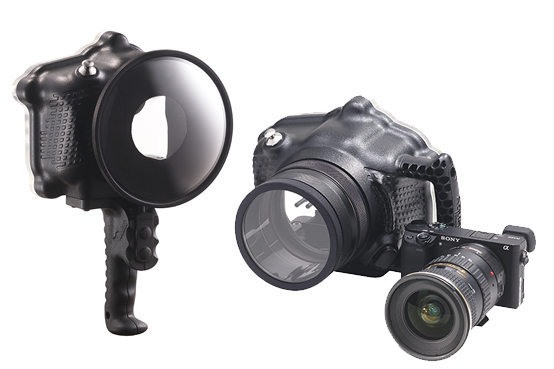 The ATB range fit in between the budget friendly BASE system that Aquatech announced recently and their higher end models.

They offer a pretty good range of controls which should be sufficient for most surf photographers.

But there are a few things that they lack which are worth noting:

Video Record: By assigning the C2 control on your
camera to the start / stop record control you can have
easy access to the video control of the A6300 camera. To
set this up follow these simple steps:

I don’t think that video can be controlled through the C2 button on the a6000, but I’ll check and report back. This is great news for a6300 owners and makes the housing a lot more useful for anyone wanting to shoot 4K video in the water.

The other two issues are not deal breakers, no-one else offers a housing with flash support yet, and there might even be ways to get around this limitation. Latches would have been more user-friendly, but I’ve gotten on fine with my 5 bolts so far, so I can deal with that omission too.

So it looks like a good option for people who use third party lenses and already have a collection of LP lens ports to use.