Summary: You can now pre-order an AxisGO 7+ water housing for your iPhone 7 plus (it’s also compatible with the iPhone 6 plus and 6S plus)

I’ve been having great fun with my AxisGO 7 water housing for my iPhone 7, but many photo enthusiasts who use iPhones would have opted for the larger iPhone 7 plus because of the dual lenses and the superior photography options they offer. Until now, they haven’t been able to use the excellent AxisGO system, but that’s going to change very soon.

They announced, via Instagram, that pre-orders are now open for the AxisGO 7+ housing.

How much is the AxisGO 7+ water housing and when can I get it?

The housing itself, including the standard flat port, is $249 US, which looks like an introductory price because they list the full price as $269 US.

The various AxisGo accessories like the leashes, pistol grip, wide angle and dome ports are all compatible with the AxisGO 7+ water housing too.

The first shipments are scheduled for mid September, but you can pre-order now to make sure you get one of the first AxisGO 7+ water housings as soon as it’s available.

Here are some of the images they’ve released so far: 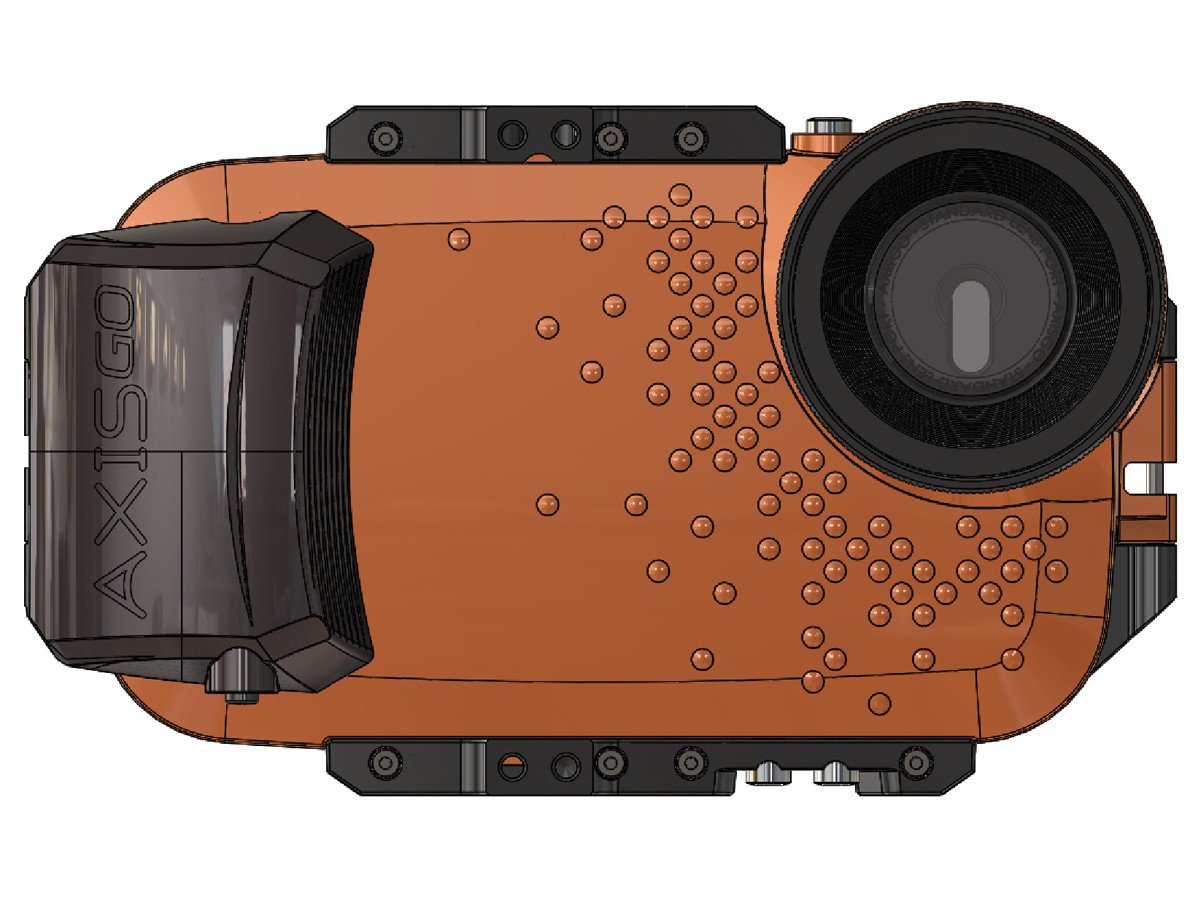 As you can see they went for a standard port with an extended lens hole, so you can use both of the dual lenses when using it with that particular lens port.

This is a really good idea. When I wrote about the AxisGO 7 water housing when it was released I speculated about the different options they had for using both lenses on the iPhone 7 plus. It turns out, unsurprisingly, the Aquatech/AxisGO team are smarter than I am and came up with a clever combination of two of my options.

They’re using a wider opening in the standard, flat lens port, with the second lens being off-centre. This won’t have any effect when shooting through the standard flat port, you’ll be able to use both lenses.

When you screw on one of the other ports you’ll only have access to the wider of the two lenses. This might sounds like a bummer, but as two of the other three lens ports available have built in wide angle adapters, it doesn’t make sense to use them on the longer of the two lenses. I think the only scenario you might miss out on is using the 6″ dome port without the wide angle adapter, in which case you wouldn’t be able to use both lenses so you’d miss out on the features that offers.

Are there any photos of the AxisGO 7+ water housing?

Computer renders are good for giving us an idea of what it’s like, but nothing beats an actual photo, so here’s what I can find:

This shot from the website seems to be missing a home button, I think this is just a composite image. If there’s an actual iPhone 7+ in this photo then there’s no way to access the home button at the bottom of the screen, and that means you can’t unlock the phone.

I have to admit, I’ve only had an iPhone 7 for about a month, so maybe there’s a way to unlock it with just the power button, or by pressing on the touchscreen, but even then the home button is pretty useful. If it’s a real photo it would also mean you can’t take selfies with the AxisGO 7+ case, which would be a shame.

This is the first photo I’ve seen in the wild, it’s from Zak Noyle’s Instagram story:

It shows the AxisGO 7+ water housing with the AxisGO Ultra Wide angle lens port. Check out the rest of Zak Noyle’s Instagram for more images from the AxisGO 7+ housing.

Which phones are compatible with the AxisGO 7+ water housing?

Just like the AxisGO 7 water housing, it’s designed specifically for one model of iPhone, but a couple of others will also fit, without full compatibility with all the lens ports:

Here’s what Aquatech say about the compatibility of the iPhone 6 plus and iPhone 6S plus:

The iPhone 6 PLUS & 6s PLUS is compatible with the AxisGO 7+, but will be limited to the standard supplied lens port or the 6″ Dome Port only due to the lens placement of the iPhone 6 PLUS devices. The AxisGO accessories range is fully compatible.

Where can I pre-order the AxisGO 7+ water housing?

If you want to pre-order it will cost $249 US (usual price $269 US) and you can do it through the Aquatech website here: aquatech.net/pages/axisgo

I will be putting together a review of the AxisGO 7 water housing very soon, I’ve had it out for quite a few sessions now so I’ve got some tips and opinions to share. If there’s anything you want answered in particular, leave a comment below.