Summary: The GoPro Hero 7 looks very similar to the GoPro Hero 6, I’d be very surprised if it’s worth upgrading from your Hero 4 or 5 for still photos

I haven’t written about GoPro in quite a long time. I used to use my GoPro Hero 4 silver a lot, until I lost it. I bought a replacement but never really used it as much.

The Hero 7 has leaked on official GoPro merchandise displays, a few people got photos of the new promotional video and it’s been reported by a few tech blogs.

Unfortunately there’s not much to go on, and the tech blogs aren’t clear on the past generations and made some basic errors in their reporting.

Here’s what we can tell from the screenshots posted to reddit:

It’s going to be really confusing if you need to buy a GoPro, with loads of different models and barely any meaningful differences between them.

The tech blogs are already confused about the line-up, consumers have got no chance.

Should you buy the GoPro Hero 7 for surf photography?

There’s a tiny chance that there’s some hidden feature that will mean it’s worth buying the latest one, but I doubt it. I’d love to be proven wrong and see some real innovation for this next generation of action cameras.

Which GoPro Hero should you buy for surf photography? 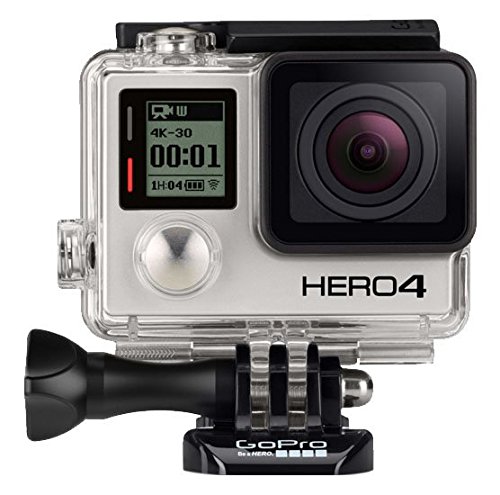 Probably the Hero 4 silver edition. It’s over 3 years old but it offers the same photo modes as the Hero 6 (so probably the Hero 7 too), you can get a refurbished one for $150 USD, or about $100 second hand. Or if you can find a second hand Hero 5 or 6 that would work too. It really doesn’t matter which one you go for, and that’s the problem GoPro faces.

For still photography I still think the GoPro Hero 4 silver edition offers the best value. It’s got the same stills modes as the GoPro Hero 6, with 12MP images and a burst of 30 in a second. There are some big advantages in video frame rate, so if you’re shooting POV video professionally and need 4K at 60fps, then the GoPro Hero 6 looks good.

There’s nothing in these leaked images that suggest the GoPro Hero 7 will be significantly different from the GoPro Hero 6, but I’ll keep my fingers crossed just in case.