I have a shot in the Your Month in Surfing section, it’s an in the barrel looking out shot taken at a North Cornwall wedge on a dreary day (the same spot as the big photo on the opposite page by Andy Ford in fact), I shot it with my Sigma 10-20mm lens and you can see the video of the wave in the video I posted recently. 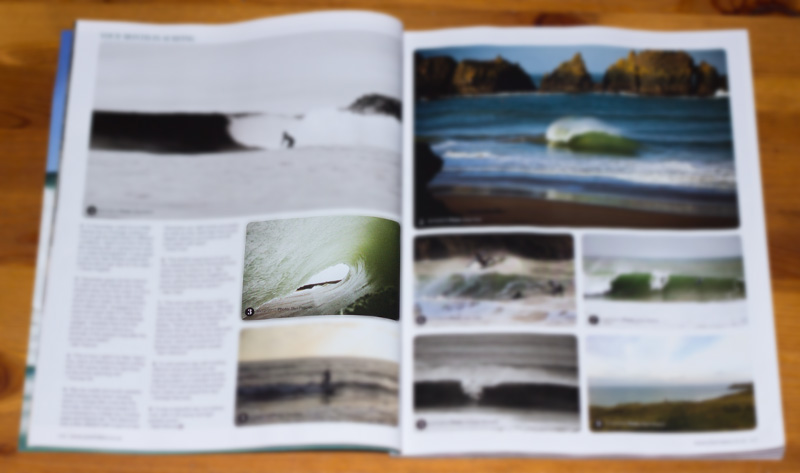 Trying to get a clean shot looking out of a barrel is a challenge, I used this wave in the intro bit of the video at full speed so between 24 and 27 seconds you can see the wave approach and pitch over me, I was shooting on the first peak of the wedge trying to get the angle into the barrel when this wide one came through.

You have to get in front of the side wave at this spot to get a clean view, you can see earlier in the video an example of being just too deep for it to come out clean, I was lucky with the timing of this one with the lip hitting the corner of the frame perfectly, the start of the barrel in the opposite top third area and the oncoming section highlighted against the cliff in the background. 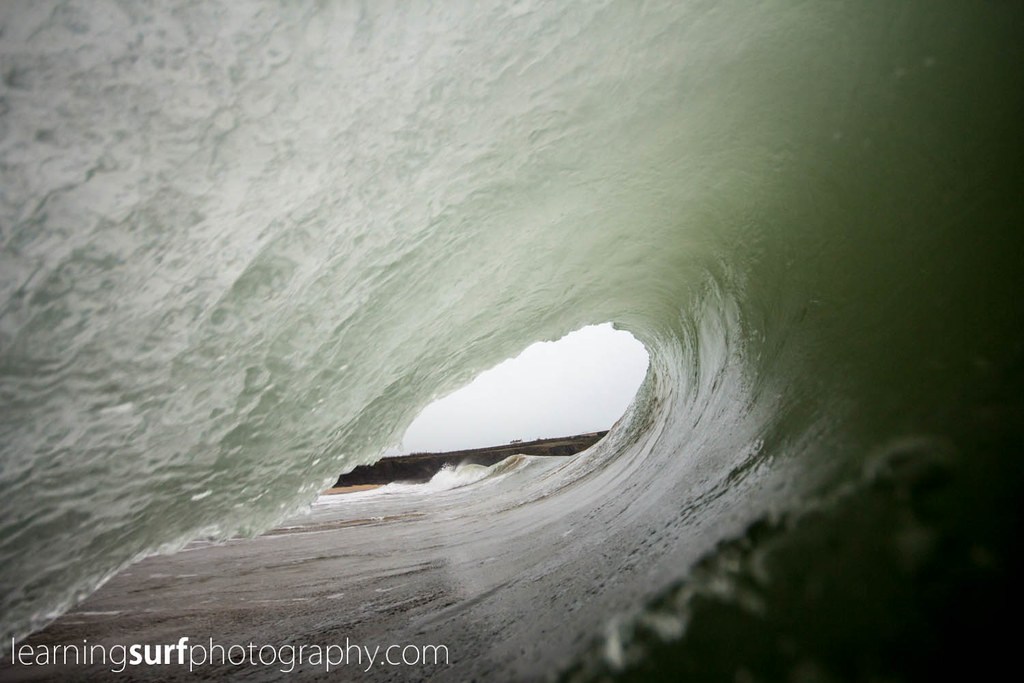 With my new Tokina Fisheye I would have got a wider angle on it still, so I’ve got high hopes for scoring a better shot in the summer with the new lens and some better light.

I sent in the photo after seeing a post on Wavelengths facebook page asking for pictures from December, I actually sent in four images and then was asked to write a sentence about this one and send in the raw file, my sentence is pretty cheesy, but it’s all true and one of my favourite things about the Christmas holiday season is that it brings my surfing friends back down to the South West.

It’s definitely worth grabbing a copy of this issue when you get a chance, the digital version is available via their app, there’s plenty of good stuff in there for surf photographer trainees, the galleries all feature the Exif data from the shots on them which is good to see and there’s a couple of features on what surfer’s should do to help create a good shot.