I shot this sequence ages ago during a very gloomy Bantham Dawny session, it features Matz Ginman-Trout doing an alley oop.

This is my first go blending a surf sequence into a single image in Photoshop, it’s pretty tricky, I chose this bunch of images to try it out on because there’s a lot of grain because of the low light and resultant high ISO I shot it in which makes it a bit more forgiving when blending layers together.

I don’t like how sharp the cut out looks on his board in the central image, but I don’t have the patience and/or skill to make it look more natural, and anyway, it’s clearly a manipulated image so it’s not a huge deal. Also the composition is pretty boring, I should have been way closer, but shooting a spot like Bantham often means not being in the best position.

After cropping to various shapes and sizes I decided to just leave it as it was, I like the texture and reflections in the foreground water and if I cropped out the sky the proportions looked wrong, I think it kind-of gives you the feeling of paddling out to the line-up and seeing someone bust an air as they go past you.

I was shooting with my Sigma 10-20mm lens at 20mm in a dome port, I hadn’t had my housing long at the time and I was keen to use it as much as possible, if I was shooting the same session again now I would definitely be shooting with my flat port and probably the 28mm lens, maybe the 50mm, either way I would have got a more pleasing composition, and would have had the option to shoot much wider than the f6.3 that the Sigma offers at 20mm, meaning far less noise and a faster shutter speed would have been possible.

Here’s an example of a great single image sequence of an air shot in the water which I was reminded of when I did this, it’s Owen Wright shot by Andrew “Shorty” Buckley and features in the fantastic 18 Seconds magazine, follow this link to see the big version and hear his audio caption on the photograph: http://viewer.zmags.com/publication/34be7827#/34be7827/24 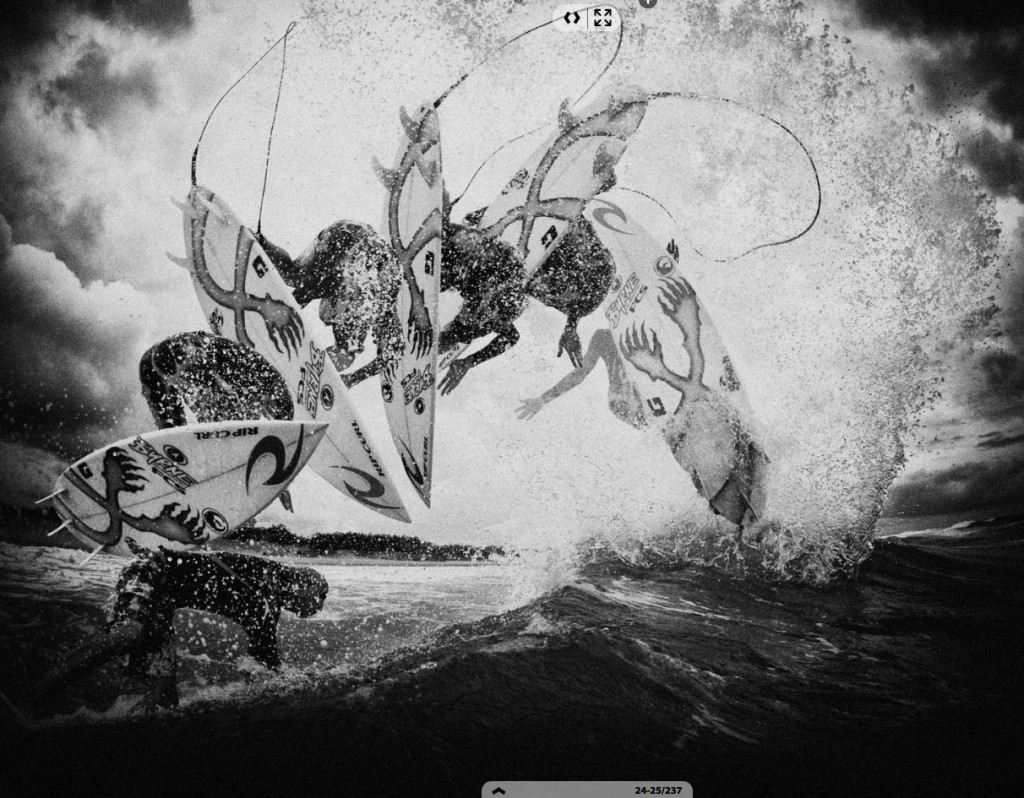 It’s nice re-visiting images from a while ago and knowing you’d approach it differently now, and making a single image sequence is a nice skill to practice too, I suggest you try it out, go and find a sequence you’ve forgotten about and try to blend the photo’s together, there are plenty of tutorials and videos out there, I pretty much winged it after watching a couple of videos and reading this one on Instructables.