Summary: If you’re on a tight budget, keep an eye out for reviews of the $139 7artisans 7.5mm fisheye

Since I bought my inexpensive Meike 6.5mm f2 circular fisheye for my Sony a6000 I haven’t used my Samyang/Rokinon 8mm f2.8 fisheyes at all.

I love the extreme circular image I get with the Meike and I’ve been very happy with the images I get when I correct the distortion to make a more traditional rectangular image from them.

I even had one printed in the June issue of UK surf magazine Carve, as subscribers to my newsletter will have already seen: 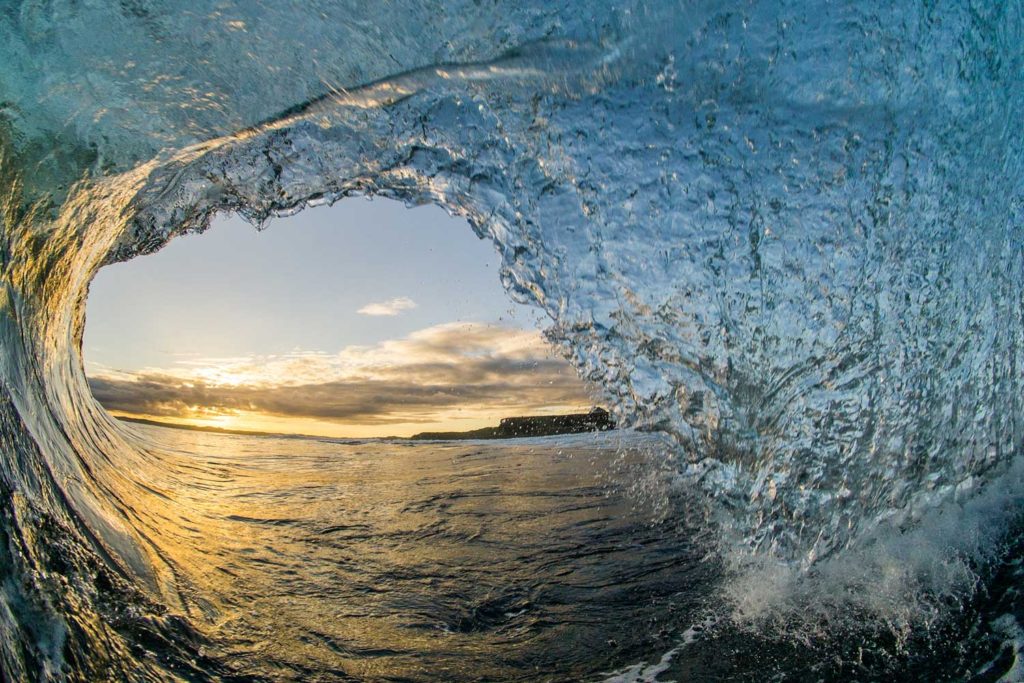 But, I didn’t go as far as recommending the Meike over the Samyang/Rokinon 8mm f2.8 diagonal fisheyes.

So far the best value fisheye for surf photographers who use the Sony a6xxx range of bodies has been the Samyang/Rokinon 8mm. But now you have another option that’s about half the price of the Samyang/Rokinon and gives you a very similar field of view across the whole sensor. 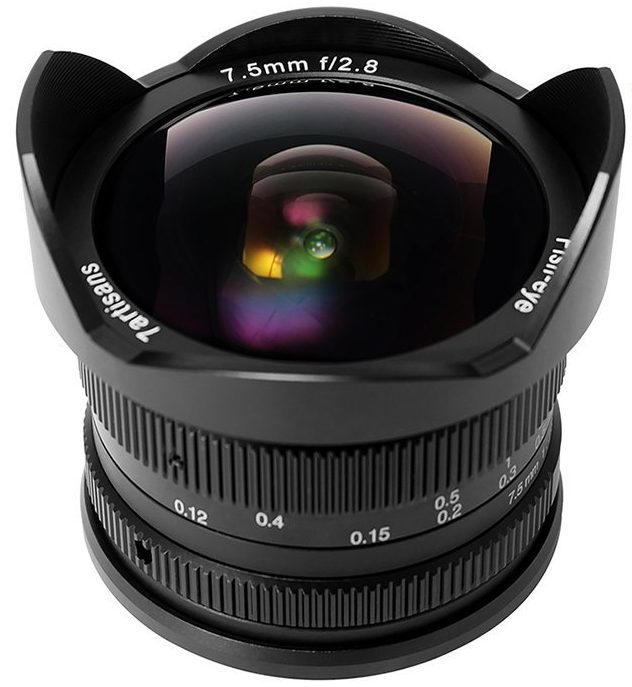 At just $139 US the 7artisans 7.5mm fisheye is now the most inexpensive diagonal fisheye for the Sony e-mount.

Here are the details:

The manual aperture and focus shouldn’t worry you at all, you don’t need to autofocus on a fisheye for surf photography, and setting up the aperture to get decent shots whatever the light conditions is very easy too.

The brand 7artisans is relatively new, but they’ve got a few all manual lenses available and I’ve been pretty happy with my other all manual Chinese lens purchases, so I’ve got high hopes for the quality being pretty good.

Ideally the lens hood would be removable, so you could use it with more of the smaller dome ports. Some sites even seem to list a “foldable lens hood”, which offers a ray of hope, although there are no pictures of it without the hood in place…

All the rest looks pretty standard so it just remains to be seen if the image quality compares to the Samyang/Rokinon 8mm diagonal fisheyes and the Meike Circular fisheye.

Because it’s only just been announced, there aren’t any reviews available yet. It’s likely to be a bit like the Meike 6.5mm fisheye and take a little while before people start receiving them from China and putting samples up online.

I’ve already placed an order for mine, so as soon as I get it I’ll do the usual unboxing and first impressions videos.

Is anyone else thinking of picking one of these 7artisans 7.5mm fisheye lenses up for surf photography?