This photo, taken by Ryan Miller and featured on Stab Mag, shows what an average day on the North shore of Hawaii is like for a water photographer, pretty hectic. 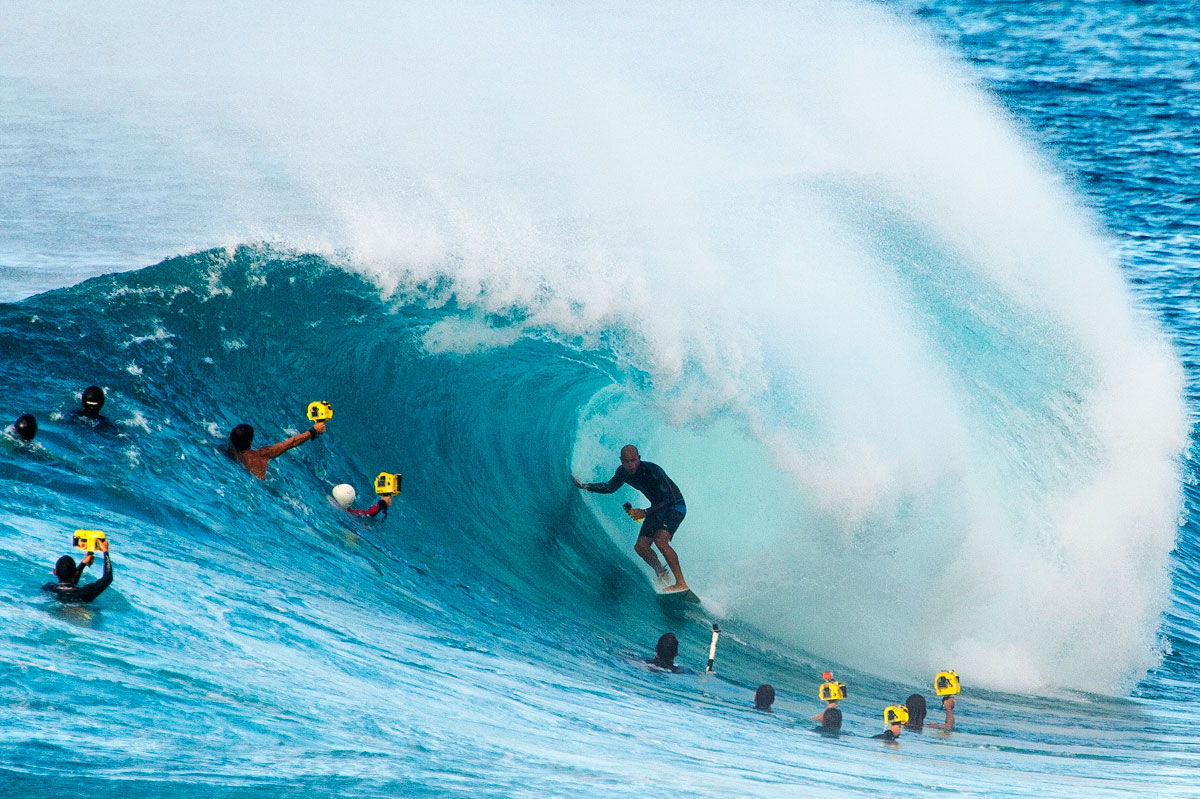 Notice the GoPro in Kellys hand (with what looks like a bobber handle on it), and a couple being wielded by the photographers too by the looks of it.

Also notice how the photographers on the right hand side of the image seem to be pointing their cameras towards the beach, this is because they’re shooting with a super wide fisheye and they want to get some of the beach in the shot.

Meanwhile the guy who’s pulled back a bit seems to be shooting with a video camera as he’s using two hands for stability and the housing is wider, he’s most likely got a zoom control and will be pulling back from a tighter shot of Kelly taking off and pulling in so he can capture the beach and the back of the wave as he exits the barrel.

It’s a reminder to try and separate yourself from the crowd by offering a different perspective, like Ryan Miller has done, by capturing the mayhem from afar and creating a shot that tells a different story to the nine or ten nearly identical photo’s that the guys in the picture will get.