I buy a lot of my surf photography gear from Amazon, and I’m a member of the Amazon Prime service, so I’m interested to see what deals come up in their first Prime Day, which is tomorrow – the 15th of July.

There are a few details already about what’s going to be on offer as a Prime Day deal so I thought I ‘d create this post and then update it as the deals are released.

You do have to be a prime member to get these deals, but there’s a month long free trial that you can use so that you’re eligible for the deals.

I’m in the UK so most of my ordering is from Amazon.co.uk but I have ordered from Amazon.com in the US a few times too, so I’ll do my best to keep up to date with those deals too throughout the day.

These are what’s called affiliate links, if you buy something on Amazon after clicking the link on this website then you pay the same price but I get a small commission for pointing you in their direction.

Right now it’s the best way you can help out with the running costs of this website, I don’t get paid to take surf photos (unfortunately) and all the money from Amazon goes directly towards partly paying for the hosting of this site and the products that I review. Thanks to anyone who makes a purchase, I sincerely appreciate it, you’re helping keep this resource free and regularly updated.

Well I’ve picked up a few items from the UK sales, some decent deals but nothing too incredible, the US version however has hundreds more items.

The deals come and go quick so hit this link to see all of them:

Here are a couple that will be coming up soon: 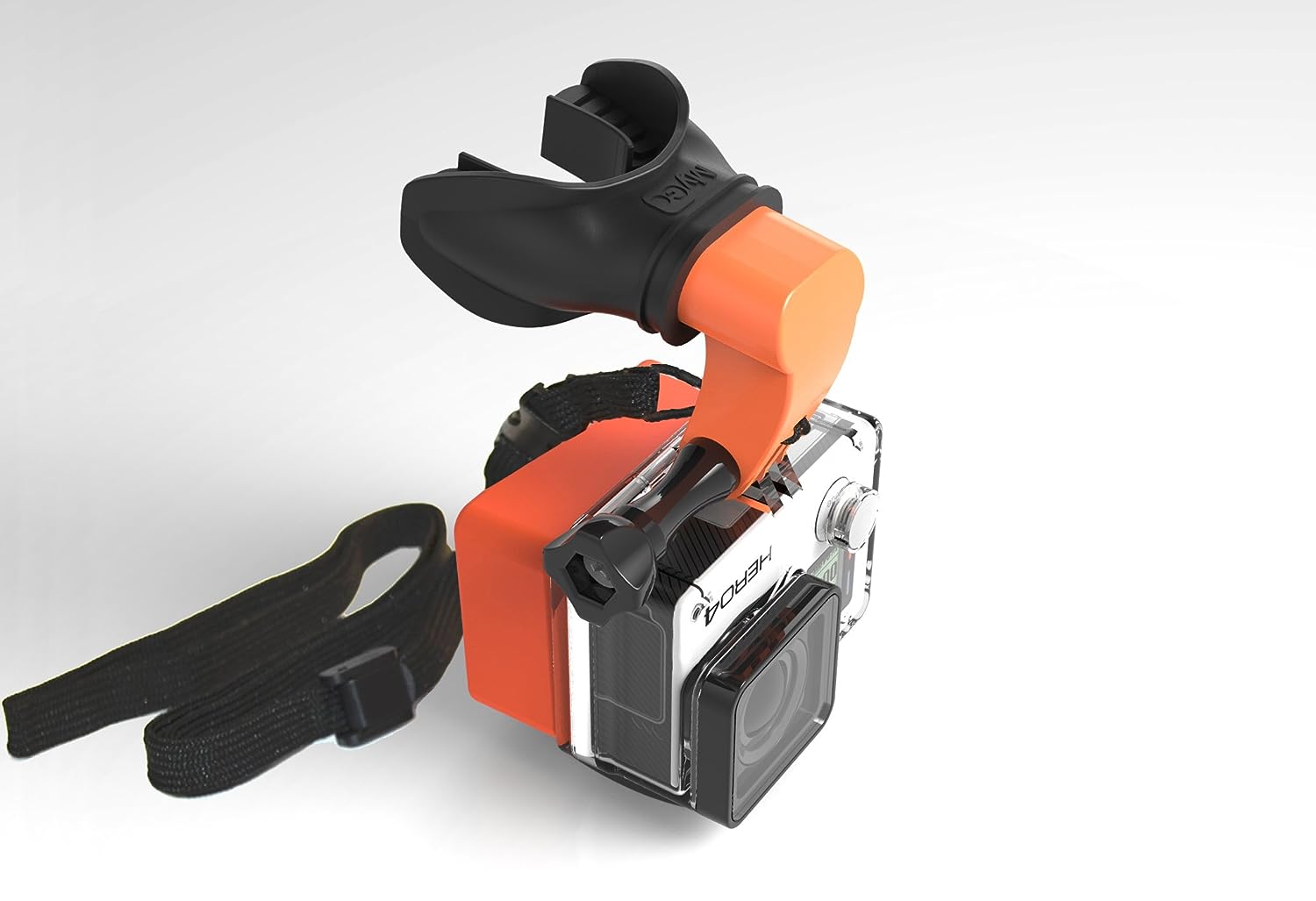 MyGo Mouth Mount for GoPro: looks like a decent mount, although I prfer the Pro Standard design with the rigid arms holding the GoPro. 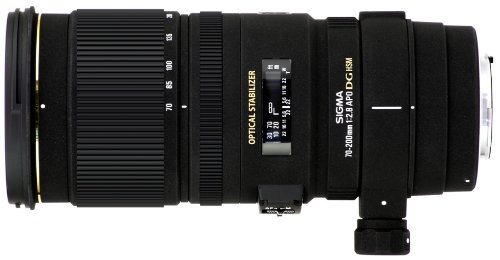 Sigma 70-200mm f2.8 – one of my favourite lenses was the Canon 70-200mm f4, and this Sigma has great reviews that compare it favourably to the Canon L series equivalents, and the price is a lot more budget friendly too.

The deal goes live at 9.50pm, so check it out if you want a nice telephoto zoom for your Canon body.

There really are too many deals to list, but these caught my eye for surf photographers.

Also – if it’s sold out and there’s a wait list available stick your name in, I just got an item that was showing as sold out after going onto the wait list, so you might get lucky. 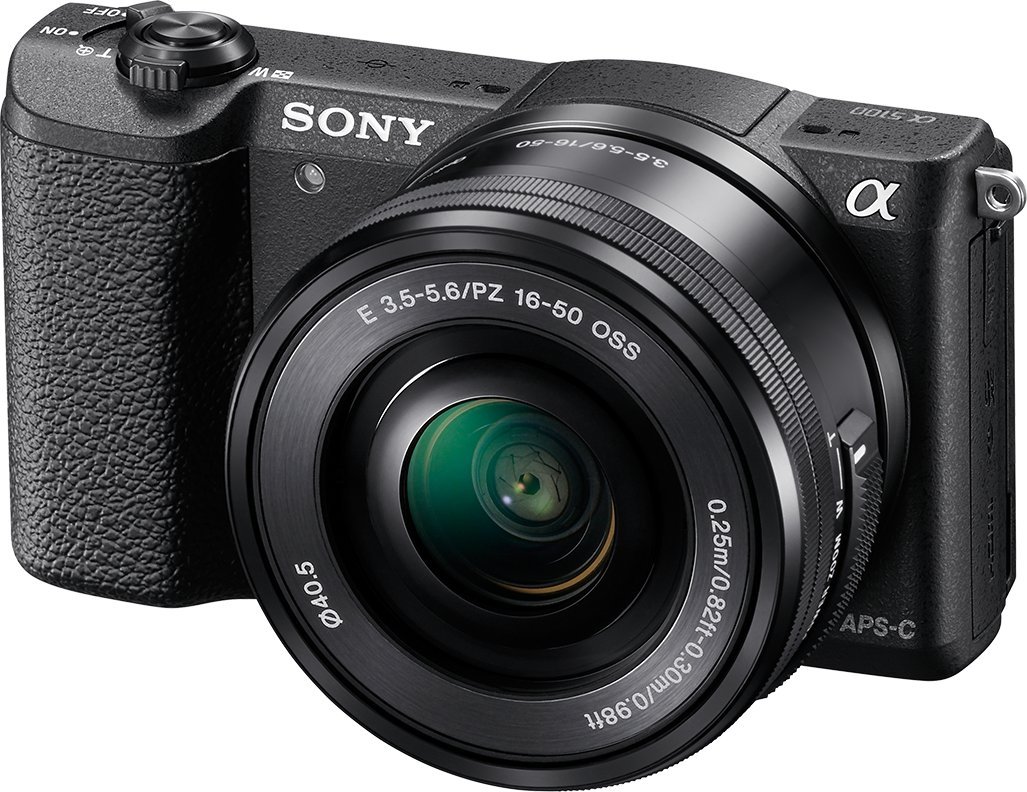 Sony a5100 with 16-50mm lens – you probably know how much I love my Sony a6000, well this camera has the saem 24MP APS-C sensor and amazing auto focus and can shoot at 6 frames per second!

I’ve got the 16-50mm lens and it’s really useful, 16mm is quite a bit wider than you usually get with a kit lens and whilst it’s not up to the same standard as a good prime, it takes great photos and works particularly well for video too.

I think this is one of the very best value interchangeable lens cameras for surf photography, you will not be disappointed if you buy this as your first surf photography camera.

Both the black and white versions are available from 12:10pm in the UK.

Sony RX100 Mark II camera – this is a really interesting camera, it has a 28-100mm equivalent lens with a maximum aperture of f1.8 at the wide end, you can buy a housing for it for around £100.

It could be the perfect introduction to serious photography, but it might be priced out of the market, lets see what discount Amazon are going to offer, maybe I’ll jump in and snap one up as a backup. 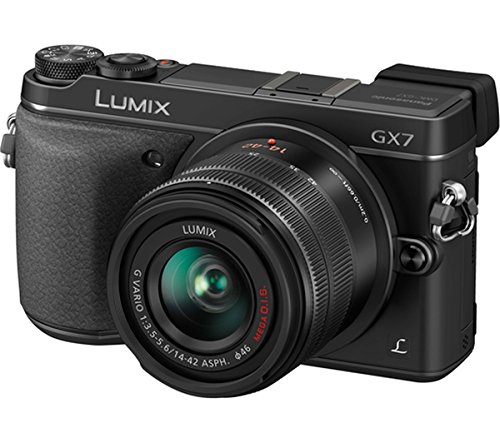 Panasonic Lumix GX7 camera – this is Panasonic’s version of the Sony a6000, if you’ve got a micro four thirds lens collection and want a small but powerful body, this could be worth looking out for at 4.10pm in the UK.

I had a Panasonic GF1 a couple of years ago and it was an excellent camera, this is a whole other level up from that and it’s great value too. 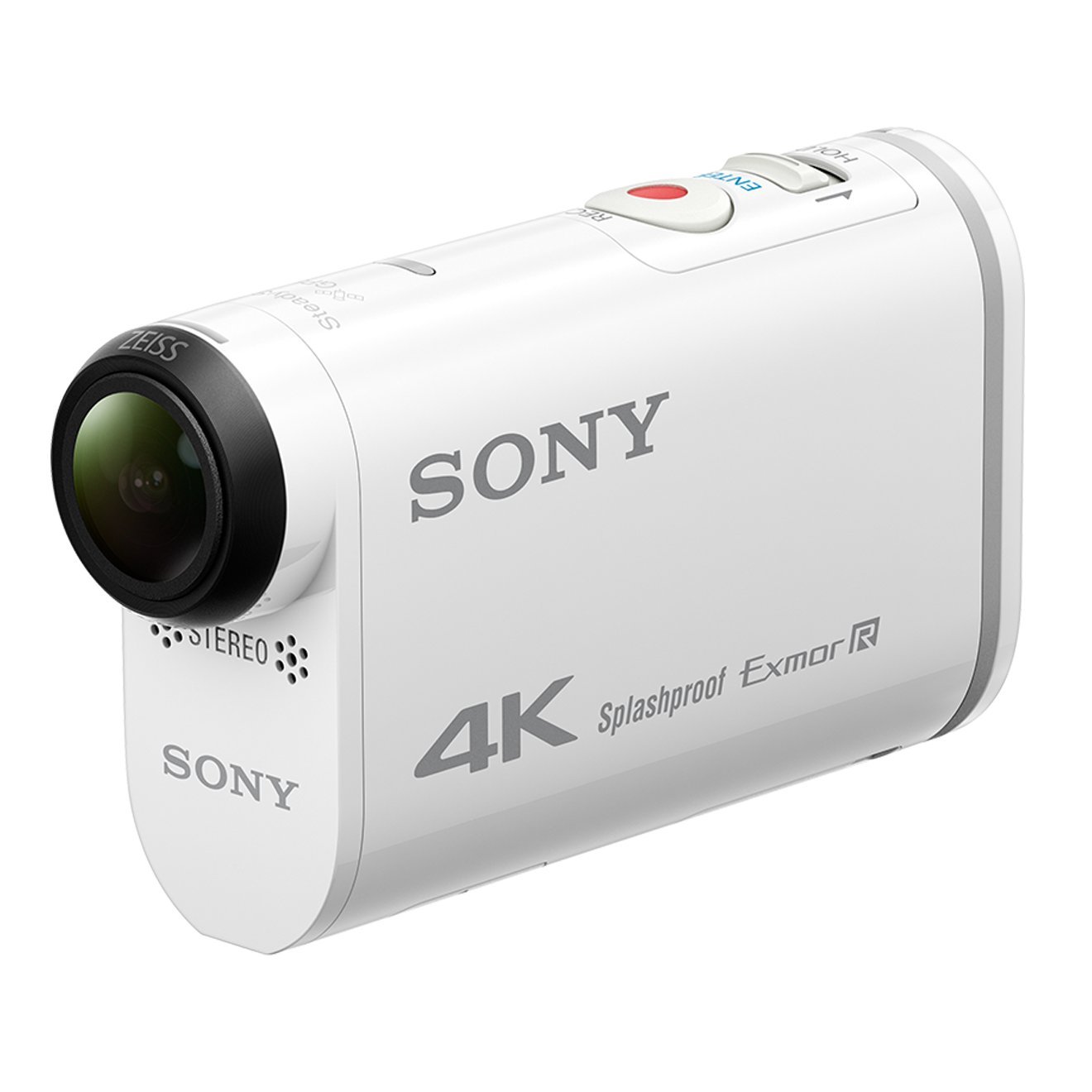 Sony FDR-X1000V 4K action camera – this top end action camera from Sony sits alongside the GoPro Hero 4 black edition in terms of specs, and adds an optical steadyshot system too. I’m not a fan personally of the bullet shaped form factor, but if you do a lot of cycling or other sports on the land then it has its advantages.

I’m super happy with my various Sony cameras so I’m pretty confident this will be a very good bit of kit, if the price is right this could be a winner, I’ll check back in after 7:10am to see if it’s enough of a discount to make this a no brainer. 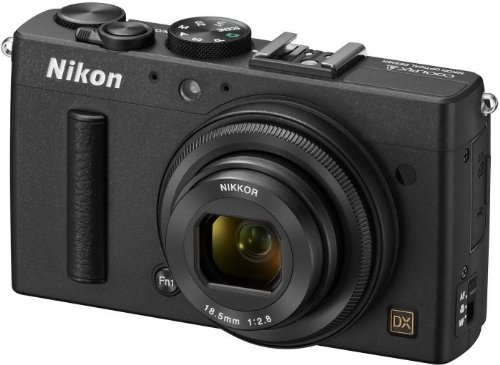 Nikon Coolpix A compact camera (also available in white)- This is a couple of years old, but it’s still a very interesting camera for a couple of reasons:

Lets hope there’s a big discount on this one because it could offer a great start in more serious photography for people who are currently using a GoPro. 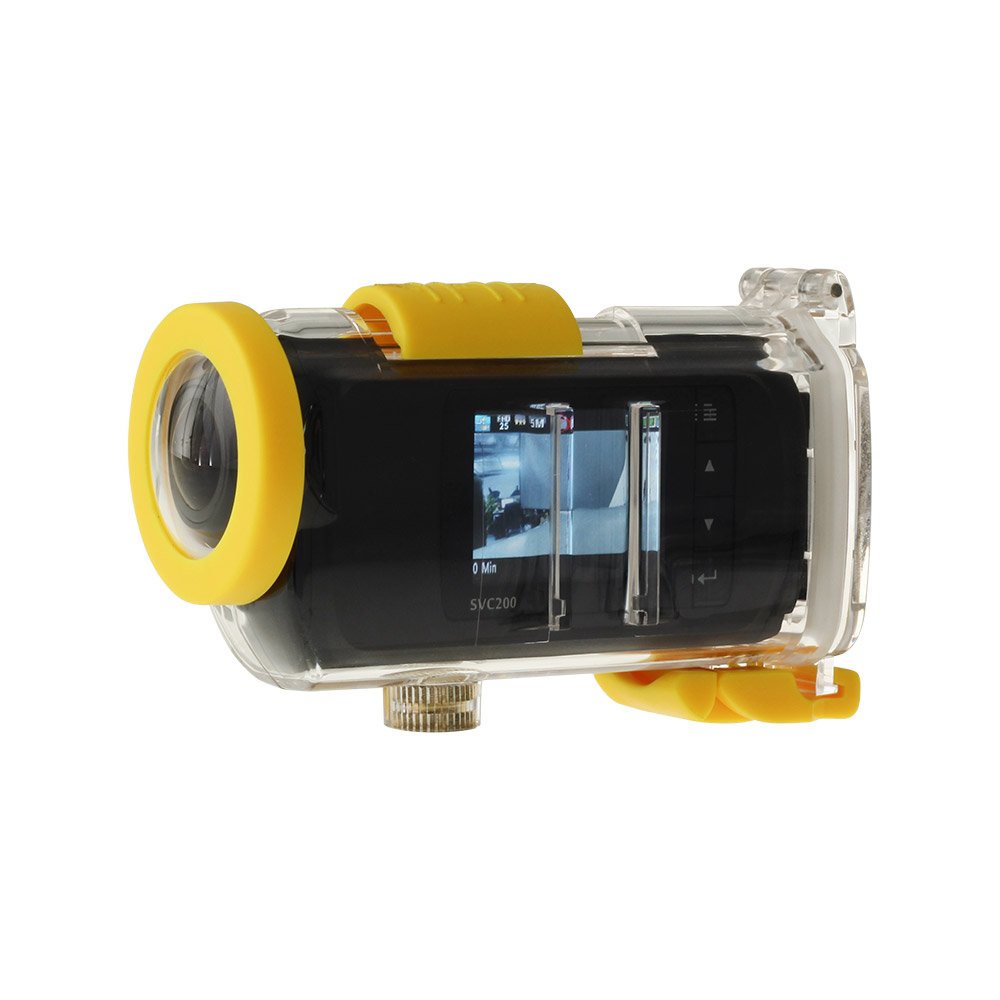 TCL SVC200 HD action camera – it’s not a GoPro, but it does shoot 1080p video at 30fps and 8MP stills, and it’s a whole lot cheaper, the stills modes look pretty limited and the side based LCD is not ideal for framing shots, but it comes with a 30m waterproof case and it should be possible to mount it to a board or a helmet pretty easily too.

Not a terrible choice for someone looking for an action camera who’s on a tight budget.

Sony 16-70mm e-mount Zeiss lens – a top quality replacement for the kit lens, this Zeiss is pretty pricey, but it’ll take great photos, a great addition to the kit for anyojne with a Sony e-mount camera.

It could offer a really good range of focal lengths for surf photography, especially at shifty reefs or beaches with no clear take off area, I could see myself using this a lot. 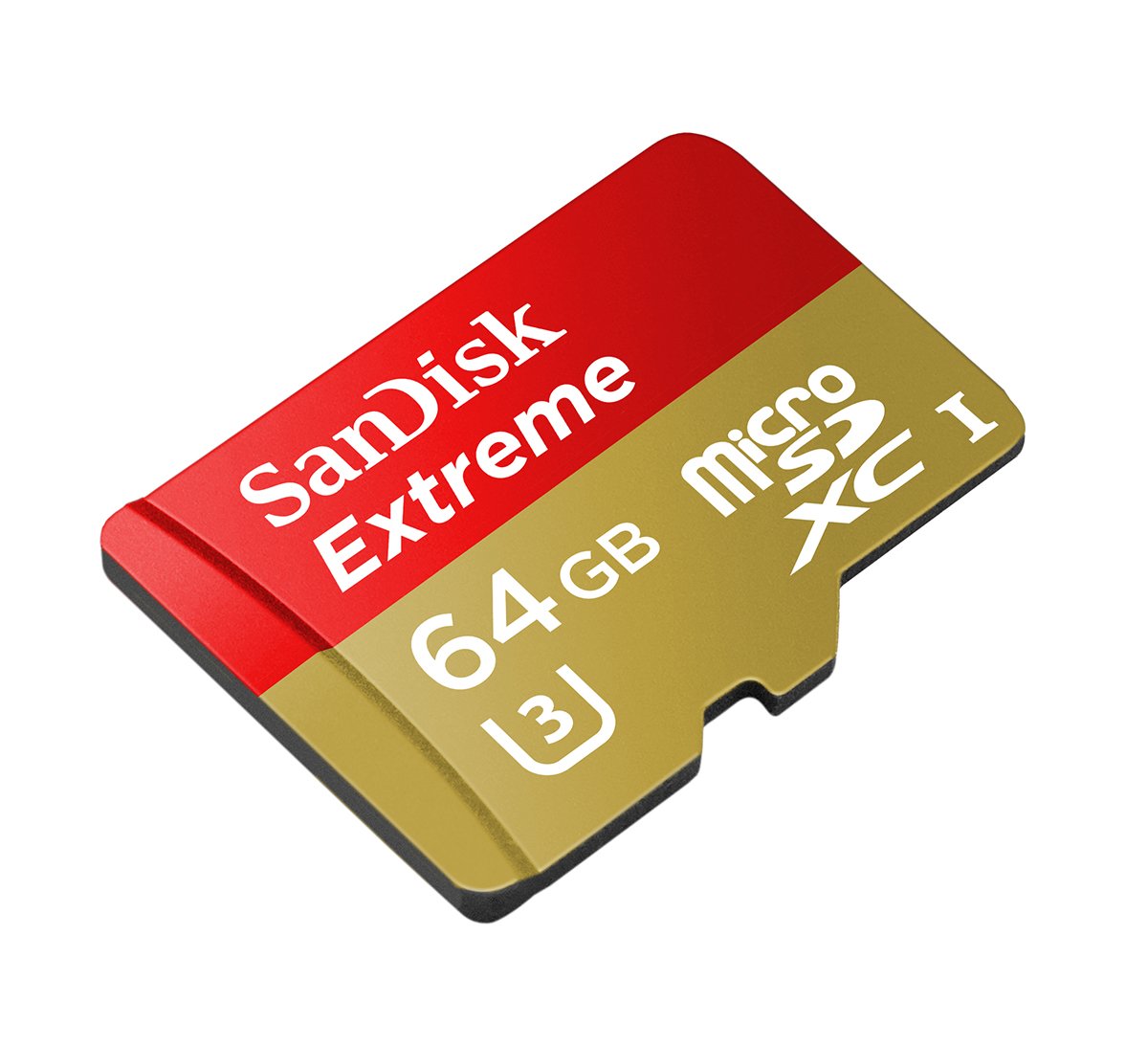 Sandisk Extreme 64GB micro SD card – These are the cards that I use in all my cameras (it comes with an adapter so you can use it in the Sony a6000’s full size SD card slot), they simply work, and I’ve never had a problem with one, unlike some other cheaper cards I’ve used.

They’re on the GoPro list of supported cards too, so it’s perfect for your GoPro Hero 4 camera.

If you can wait until 6.10pm you should definitely snap a couple of these cards, I’m going to.

If you can’t wait, or you don’t need the performance and durability boost of the extreme version have a look at the Ultra card below: 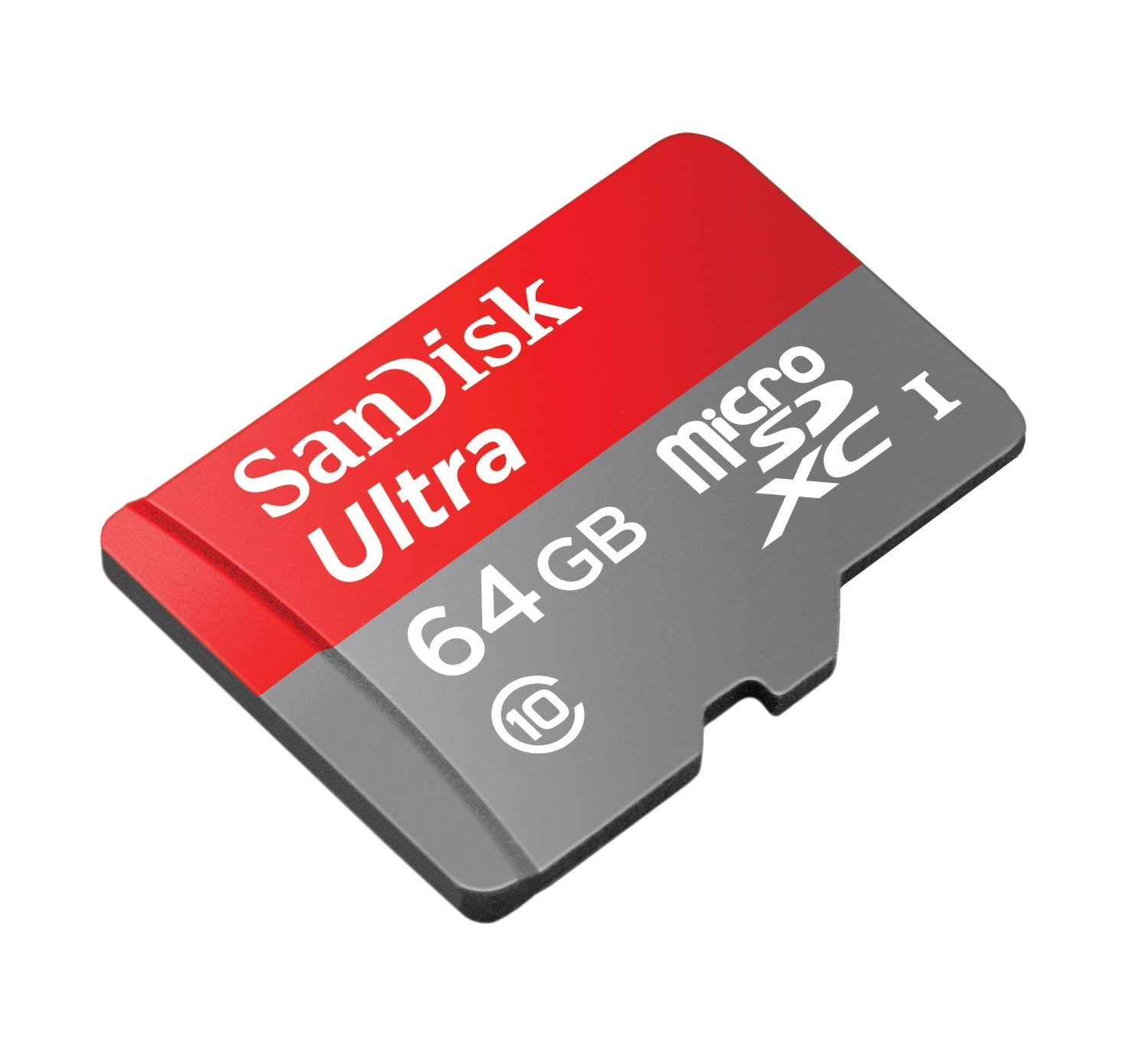 Sandisk Ultra 64GB micro SDXC card – This is a great card, although I usually go for the more expensive extreme cards from Sandisk, I have used the Ultra versions in the past and although they’re a bit slower they work great in GoPro’s, phones and any kind of camera.

I’m going to pick up at least one of these once the deal hits at 8.10am in the UK

It’s the 64GB version that’s mentioned specifically but if there’s any discount on the 128GB option I might rgrab one of them too. 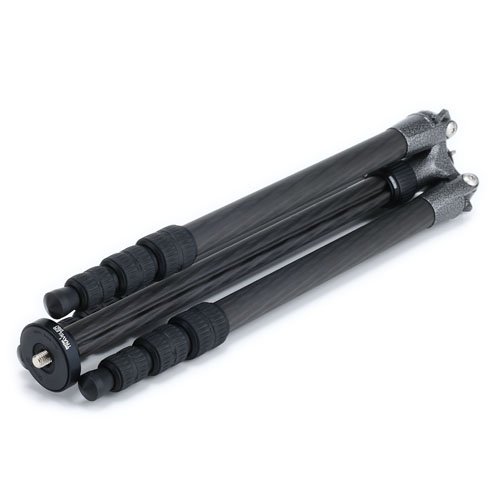 Gitzo GT1542T traveler series tripod – I’m lusting after this, it makes my, very dependable, Manfrotto MT294 aluminium tripod legs look enormous and ultra heavy. Gitzo are a very highly regarded manufacturer and you pay a premiu for the quality tripods they produce, the original price for these legs is £449, and you’ll need a tripod head to go on top of them too.

they pack away very small but extends to 149cm, so it’s not a tiny little thing. I would have loved to take this instead of my chunky manfrotto beast when I went on my most recent surf trip to Portugal.

When 9.10am comes around I’ll be checking out the price and if it’s a ludicrous discount I’ll snap these up and sell on my trusty Manfrotto, but it’ll need to be a big discount…

The EC Technology® POWER BANK 22400 is a really well designed portable battery, the 22400mAh capacity means it will charge a GoPro Hero 4 battery (1160mAh) about 15 times! and it has 3 USB ports, so you can charge multiple cameras, or your phone and your camera.

Because my Sony a6000 is able to charge via USB, and this battery offers 2.4A output for bigger devices like an iPad this thing will even charge my Sony NPFW50 batteries too!

If you’re planning a surf trip where you’ll be away from power for a while, the EC Technology® POWER BANK 22400 will keep all your batteries charged and let you get on with taking photos and shooting video.

Plugable® Power 2014 5-Port 36W USB Fast Smart Charger – If you’re not planning a trip but you have a bunch of GoPros, cameras, tablets and phones that need a USB port then this is a cool gadget to have handy, use only one socket and get 5 USB ports to charge your gadgets.

These aren’t directly surf photography related, but they should be interesting to readers of this site: 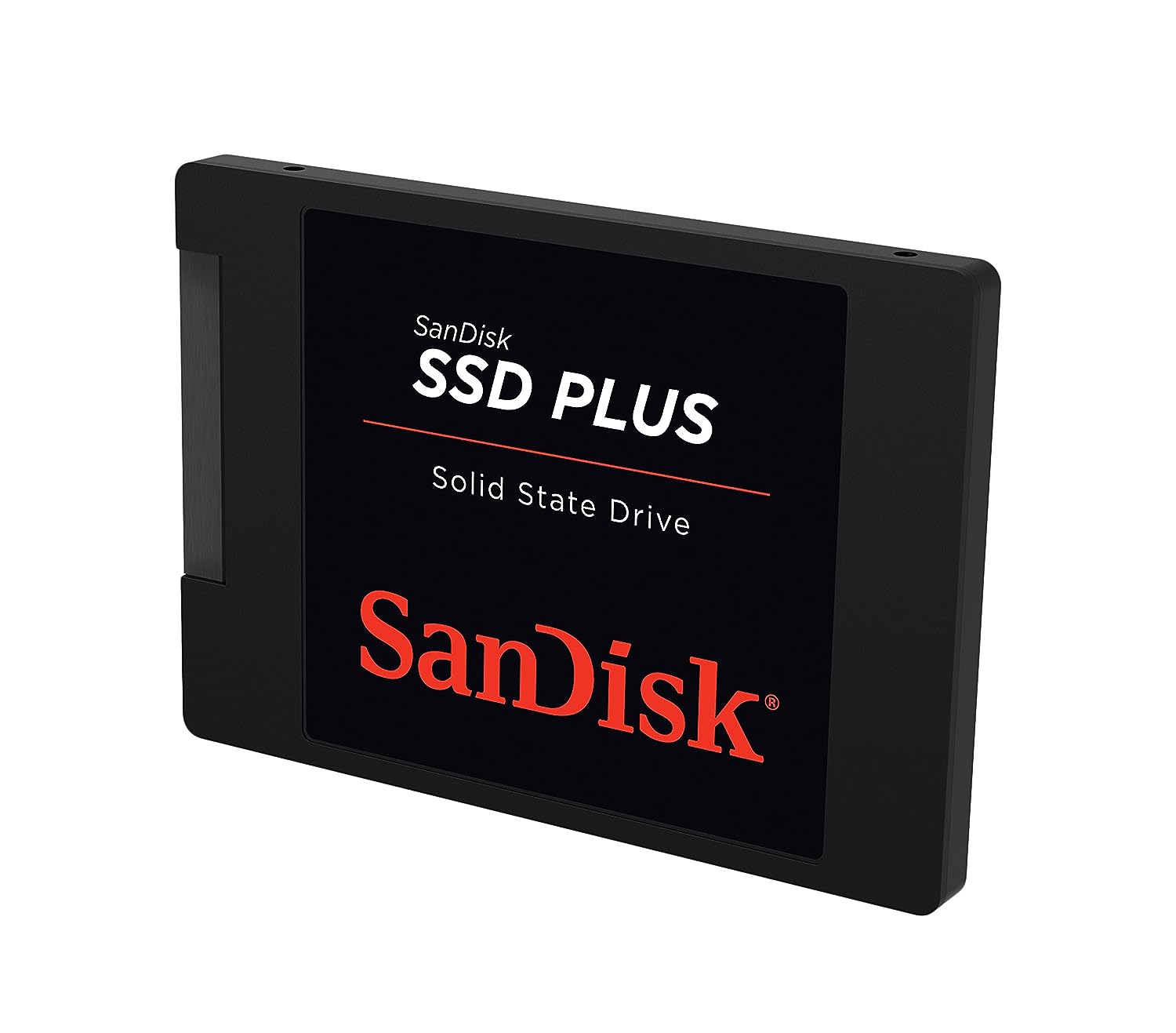 Sandisk 240GB SSD hard drive – I’ve got an SSD drive in my computer, if you haven’t tried one out you’re missing out on the single biggest speed boost that I’ve got for running software like Lightroom and Photoshop.

This is a respectable brand and it should be an amazing price, I paid a lot more than this for mine and it was worth every penny. 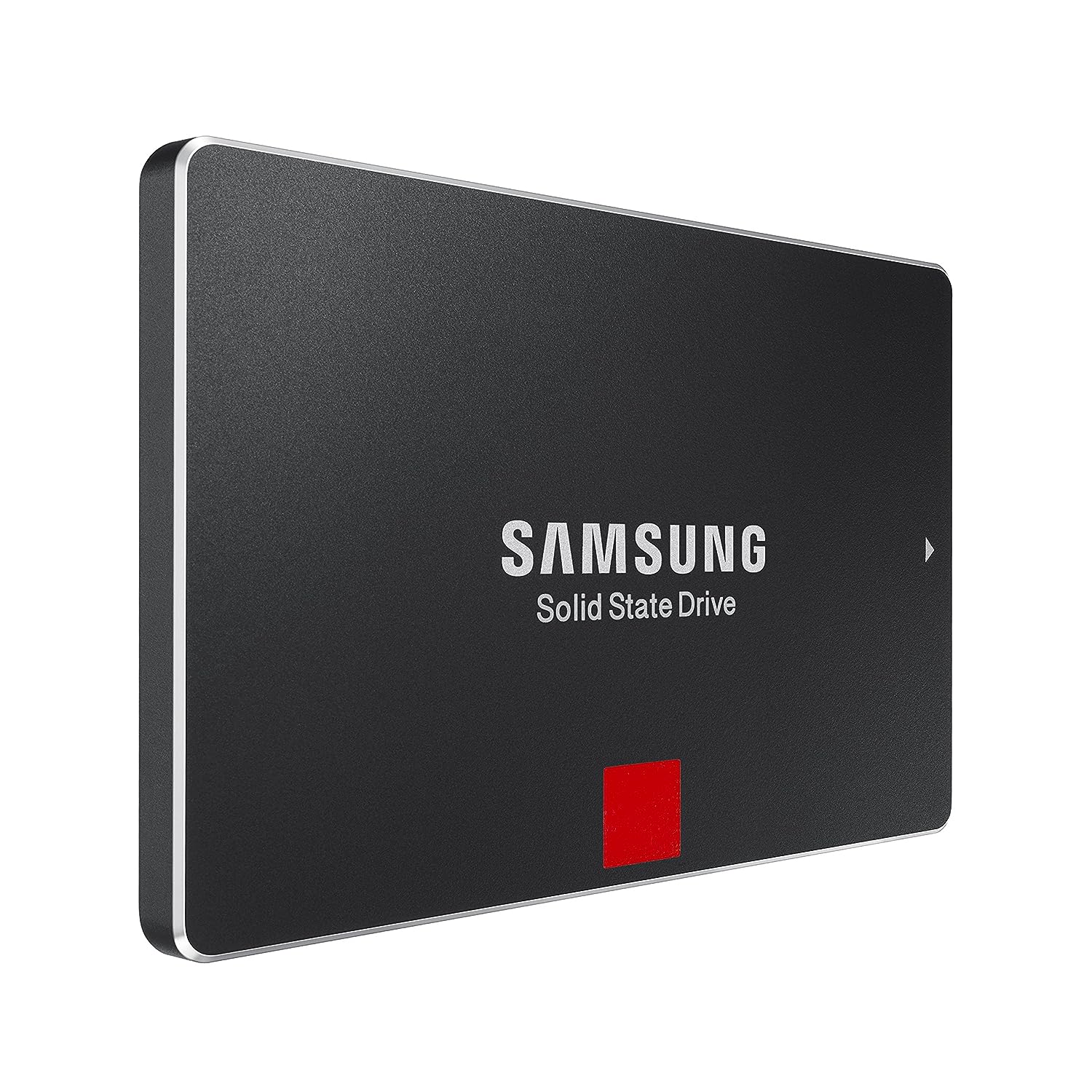 Samsung 1TB SSD hard drive – My SSD is a samsung 128GB and it’s been in my computer for a couple of years now, it’s still working perfectly and I paid a decent price for it, bnow there’s a 1TB version! I’m very tempted to upgrade and put my operating systema nd all my apps on this super fast drive.

If you don’t need the full 1TB check out the Sandisk drive above.

Both available at 6:10am in the UK 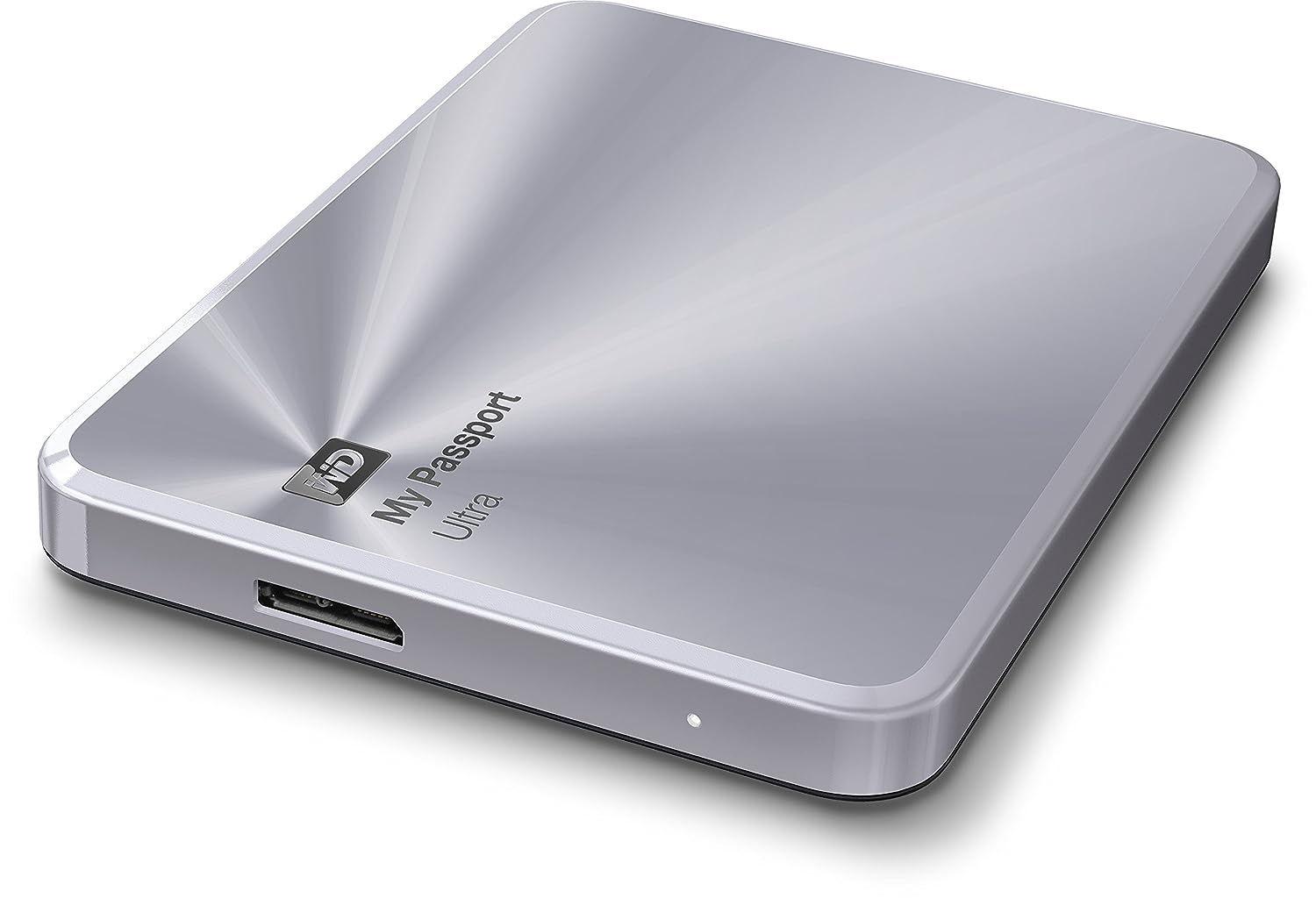 Western Digital 2TB My Passport Ultra portable hard drive – I’ve got the 1TB version plugged into my computer as I type, it’s where I back up my best photos to every couple of days.

These drives are tiny and durable, I carried one around New Zealand and Samoa for a month and periodically backed up my photos to it throughout the trip, on the flight home my laptop hard drive crapped out after I dropped it, luckily I had all the photos backed up on this bad boy ready to import into my Lightroom catalogue when I got home.

The 1TB version is also going to be available from 1.10pm too, just in case you miss this one.