I wrote about the Glassy Zone at the start of August when Glassy, a surf forecast and gadget company based in Spain, put out some teaser information about the project. At the time I made a few predictions about it and compared it to the FitBit surge watch, Rip Curl GPS watch, DIY Gopro GPS BacPac and Trace tracker that I’ve used.

I was pleasantly surprised when I got an e-mail today linking me to the IndieGoGo crowd funding campaign for the device.

When I started writing this post there were 40 backers, now there are over 100 and I expect to see all the cheapest rewards gone by the time I publish unfortunately, but I expect you can still grab one of the other options if you’re quick.

The video is well produced and I think the attention to detail bodes well for the final device, it certainly looks pretty cool and the features are pretty compelling for me.

I’ll summarise the features here but you can find out the full specifications (and make a pledge and receive the watch as a reward) on their indieGoGo site.

Release is going to be in November 2016 – that’s a much longer wait than I was hoping for.

The current price is $99 US with free shipping to the USA and $20 US shipping to the rest of the world (I thought maybe as it was a Spanish company I might get cheaper shipping than the US for once, but apparently not).

The IndieGoGo page suggests that the current price is 50% of the full RRP, so expect to pay around $200 US when it’s released. 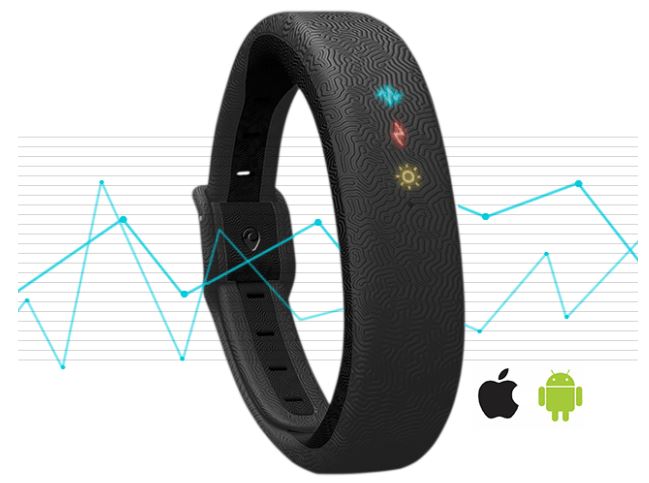 How does it compare to the alternatives?

It’s got most of the features of my FitBit Surge watch (but not the heart rate monitor or the touch screen display), plus it’s waterproof and comes bundled with clever software for tracking waves.

The surf features match the Rip Curl watch and Trace fairly closely but it also has the general health stuff too. It obviously lacks the time and tide display from Rip Curl and the turn trackign and GoPro sync of Trace (if you can get those to work).

The UV sensor is a nice touch, I’d be really interested to see what kind of exposure I’m getting in the summer in the UK, or even a nice sunny autumn day, to see if I’m at more risk than I think I am. But it’s not a killer feature for me, I wear long sleeved rashies, slap on plenty of sun cream and even wear a stupid surf hat if necessary when I make my rare trips to sunny surf locations.

The main benefit for me would be that it’s waterproof, that’s the main problem with my FitBit, although I have actually used it whilst surfing.

Can you use the FitBit Surge watch for surfing?

I’ve recorded one session so far, but only because I got to the waters edge and realised I’d forgotten to take it off. I couldn’t be bothered to go back to my car so I just tucked it under the arm of my 3/2 wetsuit and tried to keep it out of the water when I could

I set it recording using the walking setting because it obviously doesn’t have a surfing or swimming option.

I surfed and duck dived as normal but tried to keep my left wrist elevated a bit between sets, without looking like a total plum. I haven’t seen any issues with the watch since and it’s been about a month, so I guess it’s OK.

FitBit has set up their app so that I can automatically send GPS data to Strava as soon as I sync it with my phone. I truly hope Glassy will follow FitBit’s lead and allow you to get the raw GPS data out of the Zone easily, and that their app has good privacy settings.

So I automatically logged the session on Strava as a surf which gave me all the distance and calorie data I could want, but not things like wave count or wave distance.

To get the surf-centric data that the Glassy Zone will give you automatically I had to export the GPX file from Strava, import it into a fantastic piece of free software called GPS Track Editor and do a bit of manual editing.

The whole process is quite easy and took me about 5 minutes, this is what I got:

As you can see I have the number of waves caught with speed and distance travelled for each one, and naturally I have the paddling distance too if I just select the opposite part of the GPX file to these wave tracks.

Knowing I had the Fitbit Surge on and tracking GPS I made a special effort to catch a wave from as far outside as possible and ride it to the beach. If you look in the bottom left of the screen you can see that I rode wave 6 for 1 minute 4 seconds and travelled 315 metres, not too bad.

What I’m missing of course is the ability to share this with friends or compete in a leaderboard. 315m was probably the longest wave ridden that day, but I think with a monster swell you could make it around the next point too, so it would be interesting to see the longest rides of all time at this spot for instance.

Realistically I’m quite secretive about my data so I wouldn’t want to make it public, especially if it wasn’t a well known spot that I didn’t want people knowing about. I suspect many people wouldn’t care about that though and would enjoy the social side of the app.

Is it the best surf tracker?

Maybe not. Rip Curl has the watch and tide functions, Trace has the turn tracking and GoPro sync (If you can get it to work, I couldn’t), so if those are important to you then they might be a better choice, plus they’re available now, not in a years time.

What it does offer is a better all-round experience, step counting and sleep monitoring are actually useful, especially if they basically clone the FitBit app to allow you to capture the calories you’re eating and other details too.

Does it replace the FitBit Surge?

It’s so close, but no, not for me. The main thing that means it can’t replace my Surge is the lack of a display – I wear a watch primarily to tell the time. When I’m cycling it not only tracks my ride and my heart rate but I can see what time it is too, that’s a pretty big deal.

I use my $44 US Casio W S210-HD tide watch in the sea which also tells the time, I just keep it with my surf gear so it’s handy when I need it.

I can’t help thinking that what I really want is the Glassy Pro One Smart Watch, that will actually replace both my watches. It’s a shame there doesn’t seem to be any sign of it on the Glassy website any more because it’s definitely a more attractive product than the Glassy Zone for me personally.

There’s an article on The Inertia by Dashel Pierson. I also noticed a pre-load video style advert for the Glassy Zone when I hit the site, maybe that’s because I had been checking out the indieGoGo site and it targeted me, or perhaps it’s there for everyone.

I’ve got a few issues with the Inertia post, there are a couple of sentences that I disagree with completely and it doesn’t appear that the author has actually used any of the products he’s talking about.

One of the comments is apparently from an investor in the project:

“So stoked to have a single wearable that allows me to express myself as a surfer and also a techie. I’m so over surf watches. I don’t need tides on my watch. I want to just be healthier and enjoy more surf with friends. Can’t wait to try this thing!”

Every spot I surf is tide dependant, and the Glassy pro one smart watch features the tide on it pretty prominently. Also I literally rolled my eyes when I read “a single wearable that allows me to express myself as a surfer”.

Keep tuned to learningsurfphotography.com if you want to read more about the Glassy Zone from an independent source written by someone who has actually used the alternatives.