UPDATE: the housing has been released, under the Sea Frogs brand, and I’ve used it with a variety of lenses and camera bodies, read more about it here.

Meikon, my favourite Chinese water housing manufacturer, have dropped a bit of a bombshell for the surf water housing market today. The new Meikon surf housing looks like it could be the perfect option for amateur surf photographers on a budget.

Dear Sony a6000/6300/6500 family fans, at this moment we are working on new underwater housing which will be presented in December. We have been patient and listened to many of your comments in regards to what it should be. Here are some of the key aspects of it: It will have interchangeable port system, viewfinder, new locking mechanism, pistol grip with trigger (for all the surfers out there), dry dome port (especially for 10-18mm lens) and with this port you can use most of E-mount lenses including wide angle and fisheye.The price will start at 277 USD.
At this point we are not sure which color it should be, so we will do a leap of faith and ask you guys – What primary color it should be? Black, Yellow, White or ?

Here’s the 3D render that they published with that caption: 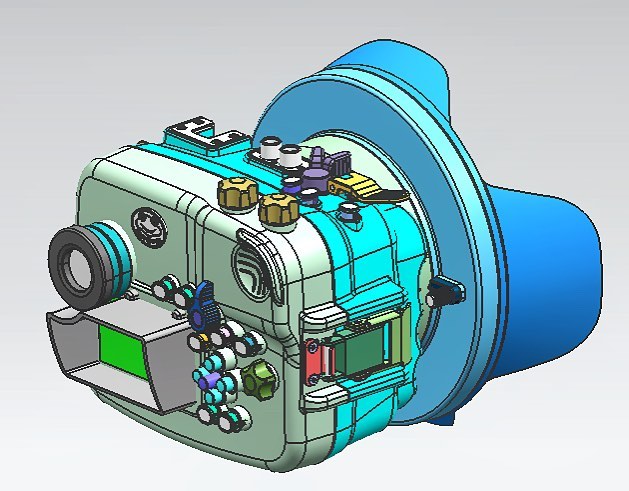 The key specifications are:

That sounds like a pretty compelling piece of kit for anyone getting into surf photography.

I’m going to be ordering one as soon as they’re available to put it to the test in the waves. I’m interested to see how the port system holds up and how they’re going to deal with the pistol grip connector.

I’m hoping they use a threaded port system, but judging by the ports available on their site for their other housings, it looks like a bayonet system where you push it in and twist to secure it in place. I don’t think that would be an issue, I’m pretty sure the Essex water housings used a bayonet mount for the ports, but nearly everyone else uses a threaded port system for surf housings.

This is from one of the dome port pages on their site:

The port has a sturdy (no play) bayonet mount to MEIKON housing and additionally fixed lock inside the housing.

So it sounds like you lock the port in place inside before putting the camera inside.

It would make sense that they use the existing ports they have available for their mirrorless systems, if that’s the case then you can expect to pay $199 US for a dome port. 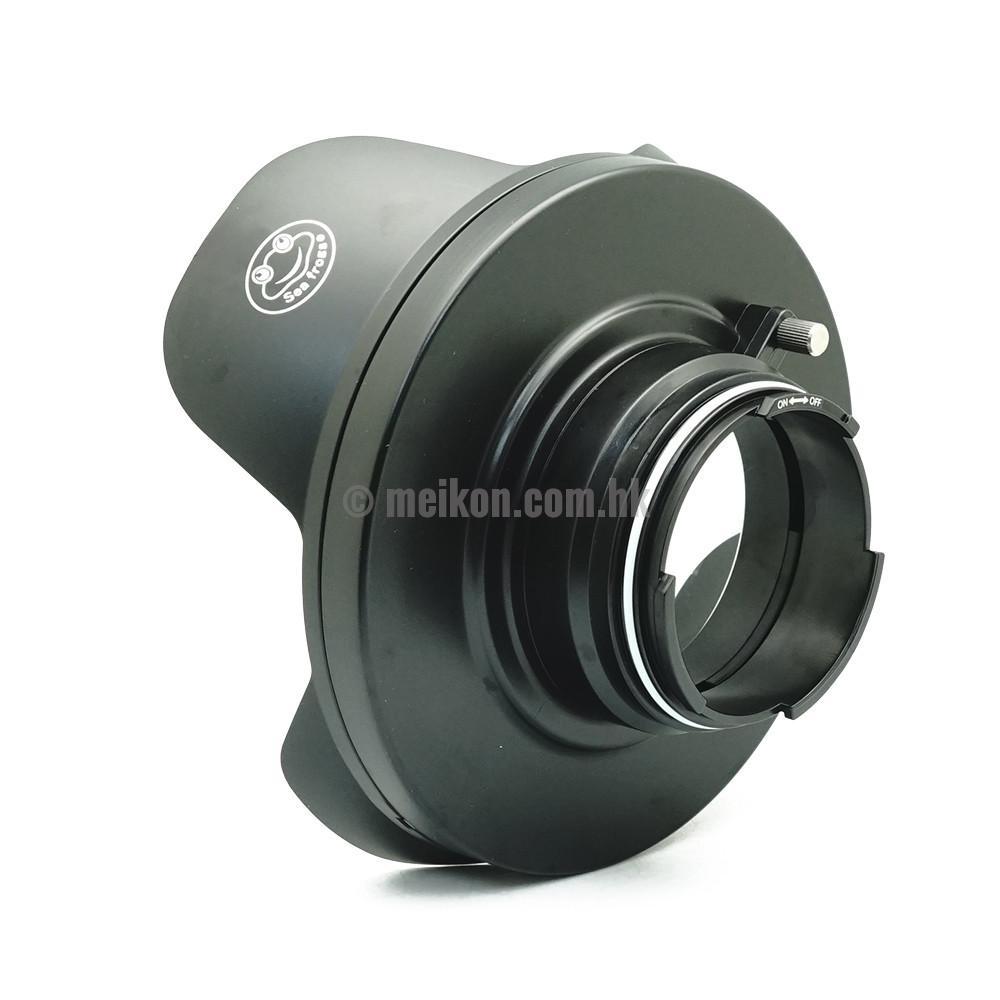 There’s also a substantial hood on the dome port in the render, this is common for dive housing dome ports, it helps protect the port from getting scratched, but they’re never found on surf housings. I really hope they allow it to be removed easily, if not you can expect to see a tutorial video on how to cut it off appearing on this site soon after I receive it.

They sell a neoprene dome port cover for $28.99 US as well, if you want to keep the port protected.

The Sony 10-18mm lens is about 64mm long apparently, which is very similar to the Samyang 8mm fisheye V2 and the 7Artisans 7.5mm fisheye, but a bit longer than the Samyang 8mm V1 and the Meike 6.5mm circular fisheye. I’m hoping they’ll all work in the dome port, but I’m prepared to not be able to use the shorter fisheyes in this housing.

There’s no mention of other lens ports for the system, but I’d be surprised if there wasn’t a standard flat port for the 16-50mm kit lens available when the housing launches, and possibly a longer flat port too for bigger prime lenses.

The one thing that isn’t pictured at all in the render is the pistol grip.

There are no clues as to how they’re going to enable the shutter release button on the grip to release the shutter.

As I’m sure they’ll be selling this without the pistol grip I doubt whether they’ll be putting a hole in the bottom of the housing to allow a cable through, like SPL and Salty housings.

I doubt they’ll use a magnetic switch system like the ingenious design of the Liquid Eye pistol grip, and I don’t think they’ll go for the physical lever around the front of the housing to use the shutter button like my DIY design.

my guess would be a bulkhead on the side or front of the housing and a separate waterproof button that attaches to the grip and bulkhead.

This would mean the pistol grip could cost quite a lot. I don’t think they’ll produce them in the same quantities as the housing as not many people overall would want one, and they’d have to use fairly expensive cables, switches and connectors to make a reliable pistol grip. I wouldn’t be surprised to see the pistol grip as an optional extra for $150 US+.

There’s always the unthinkable possibility that it will just be a screw-on handle without any shutter release switch. That would be terrible news and would kill the housing for surf photography, so let’s keep our fingers crossed.

I’d want the housing, a dome port, at least one flat port, and the pistol grip personally.

So it might not work out to be that much less expensive than something like the Liquid Eye C6000, which comes in at $950 for a housing, dome, flat port and pistol grip, and has the advantage of being a respected surf housing brand that’s proven in the heaviest waves around the world.

Let’s wait and see what it looks like. You can be sure that I’ll be getting one to compare with the other Sony a6000 water housings that I’ve used so far, so sign up to the learningsurfphotography newsletter and I’ll let you know when I get my hands on it!